A couple of weeks ago I was in Wal-Mart rushing trying to get out the store because I wasn’t feeling my best. As I passed by the jewelry department, I noticed a lady with her back turned to me. She resembled a lady I use to live next door when I was five years old. I wasn’t very sure because it was so many years ago. I heard the Holy Spirit tell me to stop so I did. I tapped her on her shoulder and she turned around. Are you Mrs. Sara I asked? Yes, who are you she replied. I told her who I was and she didn’t remember me all that much, but my mom after asking to see a picture. We talked about how she was doing and what was going on in her life. She told me she was scheduled for open heart surgery on September 2. The doctors told her she had her huge hole in her heart from an aneurysm in her heart. She told me that she knew God was giving her a 2nd chance at life because they told her that she had this for a while and didn’t know. She could tell that I wasn’t feeling my best, so she asked me what was going on with me. Instead of focusing on how I was feeling. I took it as an opportunity to minister to her about faith and believing God for healing. I told her that God could heal her and she wouldn’t even need the surgery. She was honest and said that her faith wasn’t where mine was, but she agreed for me to pray for her. She thought I was going to pray for her once I left, but I asked could I pray for her right there in the store. We prayed and people just continued to walk by. I gave her a hug and told her to be encouraged. I gave her my card and told her to contact me if she needed.

This morning as I was preparing to start my day my phone rang from an unfamiliar number. I answered it reluctantly. I heard a voice on the other end. She said “Tara this is Sara who you prayed for in Wal- Mart. I called to give you good news this morning. I was in a car accident and had to come to hospital in Columbia”. I was thinking I hope this gets better. She continued,“They did a scan of my heart because of the aneurysm. They don’t understand what has happened. The whole in my heart is gone and there is no signs of an aneurysm.” she said. Tears just flowed from my eyes because she was so excited. The doctors had just gave her the news and she wanted to let me know. The doctors was confused because they didn’t have an explanation. She told them she knew. She told them about our encounter and asked to call me. She had my card with her at the hospital. She thanked me for my faith and for praying for her. I told her that it was no one but GOD and He is the only ONE that needed to be thanked. I just continued to praise God on the phone and forgot about her for a moment. She interrupted me by asking me if I would please put it on my website because she didn’t have the internet to do it herself. She wanted me to share her miracle!!! If you are going through something that man think is impossible, I challenge you to simply believe God!! He is able to do anything. (Jeremiah 32:27 says, Behold, I am the LORD, the God of all flesh: is there any thing too hard for me?) The answer is NO, there is nothing too hard for God!! There is power in prayer and we should pray for one another.  I am elated that she got her miracle, her faith was increased, and most importantly God is being glorified !!! Share your miracle or testimony how God has blessed you!! You never know who needs to hear your story! 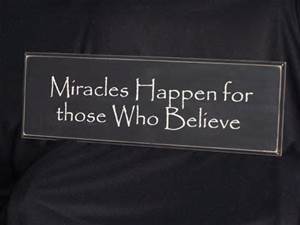